The daughter of an elderly woman from Winnipeg who was transferred to a hospital in western Manitoba two months ago said no one can say when her mother will be moved closer to home.

Joan Hodgson fractured her femur in mid-December and was admitted to Concordia hospital. But just a few short weeks later her daughter was told she was being moved 350 kilometres outside of Winnipeg to Russell Health Centre.

Winnipeg’s St. Boniface to divert some patients to other hospitals

“The nursing staff said, ‘Oh, we’re flying her to Russell in an hour and she’ll be there,’ and we’re just shocked,” Kate Hodgson told Global News.

Kate, who lives in Vancouver, said she was told her mother’s case would be monitored by a team in Winnipeg and she was scheduled to come back to the city for a specialist appointment on Feb. 1.

“We thought it would be a timely return back to Winnipeg by air ambulance and then that would be the end event,” she said. “She’d be back home and then we would work on getting her back to her apartment after that, (but) that was not been the case.”

Instead, Joan remains in hospital nearly four hours away from any friends or family in Winnipeg.

For months, the province has been transferring patients as part of a protocol implemented by the health-care system to free up space in hospitals.

“We thought, no that can’t be right”: woman’s father transferred two hours away for care

But those moves are taking a toll on some patients. Kate said her mom is struggling in an unfamiliar place so far away from friends and loved ones in Winnipeg.

“Her mental health is deteriorating,” she said. “It’s really upsetting because I can tell how confused she is and how upset she is. She just wants to be home in Winnipeg.”

Kate said the situation has been exacerbated because her brother, who was living with her mom in Winnipeg and helping care for her, died unexpectedly after she was moved to Russell.

“I had to call her and tell her her son had died … And she still hasn’t seen any of her friends or family and it’s heartbreaking.”

Shared Health told Global News 310 patients have been transferred out of their home health region as of Tuesday, including nine in the past week. However, they wouldn’t say how many have returned.

“Bed availability is closely monitored across Manitoba’s health system so that patients who have been transferred can return to their home communities as soon as needs subside elsewhere in the system and an appropriate bed is available,” a spokesperson said.

But Kate is raising concerns, saying there is a lack of oversight and communication for transferred patients who still don’t know when they’re going home.

Hodgson’s follow-up appointment with the Winnipeg specialist, to assess her fractured femur and determine future care requirements, that was booked for Feb. 1 never happened.

Kate said that appointment and subsequent ones were missed because there was no transportation available to get her mom to Winnipeg and then back to Russell.

A Shared Health spokesperson said winter weather has added some problems with transportation.

“We note that poor road conditions due to unfavourable weather this winter has, at times, resulted in the postponement of some transports.”

0:34
More seniors transferred out of hospitals

Kate said the situation is taking a toll on her too.

“Living this far away from my mom, being in Vancouver and trying to navigate what is actually happening and for it to be so confusing,” she said. “And honestly, to not have any one person or people within the system be actually accountable.”

Kate started looking for outside help and reached out to Eddie Calisto-Tavares, whose father died during a COVID outbreak at Maples Care Home.

Calisto-Tavares has been a vocal advocate for seniors care in the province ever since her father’s death.

“It’s heartbreaking,” Calisto-Tavares said. “We’re supposed to be taking care of seniors. They’ve earned at least the dignity and respect that at this stage in their life, not to feel disregarded and like they don’t matter.”

Calisto-Tavares has been pushing for the province to hire an independent seniors advocate but said she’s getting nowhere with officials.

“We’re making zero headway with the Conservatives, zero,” she said. “They’re not even looking at it. It doesn’t matter how many times I’ve asked others, we’ve come together as a group to ask. There’s been zero. They’re not contemplating that.”

A spokesperson for the Health Minister refused to say if the province was considering hiring an independent advocate but said, “more information will be available as the seniors strategy unfolds.”

0:36
Financial support being offered for families of transferred patients

Financial support being offered for families of transferred patients – Jan 28, 2022 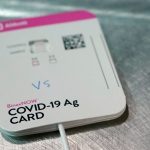 May 15, 2022
More innovative ways of helping those without a doc

More innovative ways of helping those without a doc