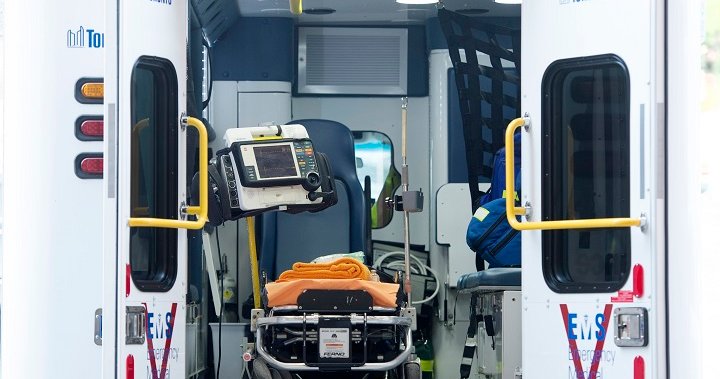 A few weeks ago, dangerous thoughts raced through Kevin Doherty’s mind. The district chief with Toronto Fire was off work after getting his hip replaced and pain reverberated through his body.

He stared at two hydromorphone pills, weighing how he might use the opioids.

“Maybe I’ll just crush them and snort them,” he thought, his addictive mind in overdrive.

But the 57-year-old held off, called 911 and went to the hospital, where he learned he had a blood clot.

“They were just thoughts,” he said of the momentary temptation. “But a lot of times what happens is people act upon those thoughts.”

A decade ago, before rehab and therapy, he used to act on those thoughts, especially when the toll of his job got too much. He wished there was a place for first responders to go when their minds turned on them.

“I call it my lost decade,” he said. “We need a safe spot for first responders to recover and get treatment. Maybe if we had one, I’d have those years back, maybe not.”

Soon, such a spot will be built.

With funding from the provincial and federal governments, a Toronto health-care facility is set to build and run a rehabilitation centre dedicated to treating first responders and medical personnel for post-traumatic stress injuries.

For Doherty, such a centre could have helped him deal earlier with the horrors he saw on the job.

There was the time in 1992 he fought a massive blaze where a fire captain got lost inside a building and died. “I just put it on the shelf and it was never dealt with,” he said.

And the time in 2008 when he was the first on scene at a flower shop where the florist was found strung up in the bathroom, her head covered in duct tape. Two men had killed her in a robbery. Doherty had to cut her down.

He put that on the shelf, too.

“I’m just not dealing with it well, there’s no resources around, there’s no one to really turn to,” he said of his mental state at the time.

So he turned to beer. Then cocaine. Then crack cocaine.

By 2012 he was off work, on long-term disability, with a post-traumatic stress disorder claim at the province’s Workplace Safety and Insurance Board.

He had a side business renovating homes but lost that and had to move in with his parents. He was arrested for possession of crack cocaine and impaired driving, with a court ordering him to attend rehab or risk jail time.

He chose rehab in January 2014. He’s been sober since, talks to a therapist regularly and is now a strong mental health advocate.

Statistics show there are many first responders struggling with their mental health. Police officers, firefighters and paramedics account for 38 per cent of all work-related mental stress injury claims in Ontario, according to WSIB data from 2016 to last year.

There’s a clear need for help specific to first responders, said Connie Dejak, the CEO of Runnymede Healthcare Centre, which will be running the new rehab facility.

The idea for the centre was born when her husband, a veteran firefighter of 33 years, had a critical incident on the job.

“It really did change him and it really did change us,” she said. “What I began to understand is that there was a definite need to develop and to plan services and programs that did not treat first responders as patients, but more as partners.”

There are two such centres in the U.S., she said. There is also at least one other facility of its kind in Canada in Aurora, Ont.

After asking the province for help in supporting first responders, Dejak said she got a call from the premier in October 2020 saying he was on board.

Ford said Thursday that it was important for the government to support first responders, whose jobs often involve “great personal sacrifice.”

“Their commitment is total, they put it all on the line every single day, but that selflessness, that heroism, it comes with a real cost,” he said.

The province must be there for first responders “to help them when they need us,” Ford said.

The provincial and federal governments will each provide $1 million for the capital planning stage of the centre, Dejak said, and the City of Toronto has seconded a deputy fire chief to help plan the programming.

There will be an outpatient and assessment centre in Toronto, which will be known as Station 3434, and a 40-bed in-patient facility located on a large property in Caledon, Ont., that’s been donated by the Region of Peel.

11:20
Living With It: Frontline doctors on the next phase of the pandemic

Living With It: Frontline doctors on the next phase of the pandemic – Feb 26, 2022

Families can stay on the Caledon property when they visit and pets can come for the duration, Dejak said.

“Our whole goal is to make sure that this is something that the first responder does not have to go through alone,” she said.

Construction is set to begin on both properties this spring with a completion goal of late 2024, Dejak said.

Toronto Fire Chief Matthew Pegg said the centre will go a long way toward supporting members’ mental health, noting that the pandemic has been difficult for firefighters.

As of Monday, there were 107 firefighters off with post-traumatic stress injuries, up from 82 in mid-December.

“This is going to literally save lives,” he said.

For Doherty, the centre also represents another effort to knock down the stigma of addressing mental health issues among first responders, who often think of themselves as too tough for treatment.

“It’ll help you pick up that 500-pound phone, get on your journey and start getting some help,” he said. 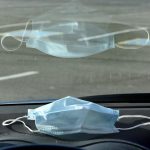